David Cowen’s earliest memories of Rose Castle date back to the 1940s when he was just 7 years old. As a pupil at Lime House School, a nearby preparatory school, he and his friends would occasionally walk to explore the castle.

David recalls in those days you could just walk into Rose Castle because it was unoccupied. There were lots of rooms and staircases. You could clamber about on the roof. He remembers going up the Strickland Tower and the beautiful stone staircase. As an adventurous young man, exploring Rose Castle was a very exciting way for David to spend a Sunday afternoon.

Today, Rose Castle still holds a special place in David’s heart. He’s spent the last five and a half years working alongside owners John and Sarah Snyder and architect Paddy Ward and his wife Sue, successfully transforming Rose Castle from a private dwelling into a wonderful public space to host Peace and Reconciliation programmes and celebrations of all kinds. 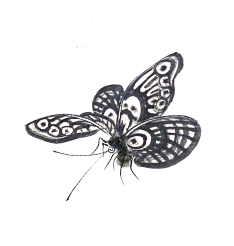 As an adventurous young man, exploring Rose Castle was a very exciting way for David to spend a Sunday afternoon.

David has lived in the same 300-year old house in Dalston his entire life. After Lime House school he attended St Bees School, where five generations of his family were educated. His parents were connected to the church through the parish, and David himself has been a Churchwarden of St Michael’s Church in Dalston and St. John’s Cumdivock for 60 years. David's relatives were also the owners of Shawk Quarry, located not far from Rose Castle, for many years. The quarry, first opened by the Romans, produced sandstone from which the castle is built.

At one stage the Bishop was going to continue to live there and the rest of the castle was going to be converted into flats, but fortunately that didn’t happen! When it passed into private hands, David felt using it for Peace and Reconciliation programmes was a very worthy use in the present day.

David’s involvement with Rose Castle deepened when he offered his support on the restoration project. His vast experience in building surveying and the construction industry coupled with his knowledge of the castle made him a good fit. Soon a close working relationship began between David and primary architect Paddy Ward.

For 41 years David worked for West Cumberland Farmers (now WCF Ltd), which was at the time he joined, the largest Agricultural Cooperative in Europe. As Building Manager, he looked after all their properties from Lincolnshire to Perthshire, which when he first joined was 75 sites in the UK. He also worked as Chief Building Surveyor for Carlisle City Council and is professionally qualified as an Associate of the Chartered Institute of Building.

David has also been a member of the Diocesan Advisory Committee for the Care of Churches in Cumbria for many years, and he has also been actively involved in agriculture throughout his life, carrying on generations of a farming tradition in his family.

David knew a lot about maintaining many different types of buildings and wanted to offer his support. He knew that Paddy was keen to restore the castle and he felt he had the energy and the sensitive architectural skill and experience to take it on. It all started from that point.

When Rose Castle went into private hands, David felt using it for Peace and Reconciliation programmes was a very worthy use in the present day.

When Rose Castle went into private hands, David felt using it for Peace and Reconciliation programmes was a very worthy use in the present day.

The restoration of Rose Castle

David recalls what it was like at the early stages of the restoration project. To measure the castle and grounds with a tape measure would have been nearly impossible. At an early stage, it was agreed to have a digital survey carried out involving satellite technology.

Paddy had to put together a project that started from scratch because the castle needed a change of use from a private dwelling. That involves a vast quantity of paperwork and it took nearly two years to get the planning application through. As it’s a Grade I listed building, any plans had to be agreed with Historic England, and there were considerable discussions with them in terms of what was required to make it a habitable building.

At that time, very little had been done to the infrastructure of the castle. There was water penetration through the slate roofs and lead gutters, and the electrical and heating systems needed to be completely replaced. From a plumbing point of view it was a huge project. There were five bathrooms and now there are 16. Huge credit has to go to Paddy who did all the detailed design and drawings and was able to work out how it was possible to fit all those bathrooms in the castle. It’s harder than it sounds, especially when you don’t want to spoil the place.

For David and the rest of the team, especially Paddy and John, nothing seemed impossible. “We weren’t going to be beaten”, David says.

Often this meant going to great lengths to overcome challenges. For example, David spent many months over the five and a half year project tracking the original draining system to the castle, which is believed to go back to the 14th Century. The existing foul and surface water drainage systems have had to be completely re-designed and replaced.

There were no reliable drawings to work from, it was like making a jigsaw but without the picture. An electronic scanner was used to trace the ancient stone culverts and drains, some of which are more than 2.4 metres below the ground. This was carried out over the five acres of the castle and gardens.

Before starting work, if you lit a fire in the State Drawing Room, the smoke would come out in one of the bedrooms. The flues couldn't be taken down because some of them were in walls 1.8 metres thick. A method of lining the original flues had to be found, but first it was necessary to check if the existing flues were clear. On investigation, substantial jackdaws' nests were discovered so an old football filled with concrete with a hook cast into it was passed down each flue on the end of a rope.  In addition a 360-degree camera was used to check the condition of each flue. Unsurprisingly, they found a lot of voids. David ended up sourcing a flue system manufactured in Budapest where the liner comes in a roll and is passed down the chimney before being expanded into a circular shape with compressed air and high-pressure steam to cure the liner.

The redecoration of the castle, a major part of the restoration project, has been very carefully carried out in specially formulated microporous, natural pigment, eco-friendly Edward Bulmer paint, with the choice of colour respecting the vernacular of the building. Many of the walls and ceilings, with the exception of the State Drawing Room, have been stripped of the old lining paper to reveal the original lime plaster, before being repaired and decorated.

Working on the restoration of the castle took five and a half years. During that time David describes the castle as his "second home", and without his wife Diana's patience and understanding such involvement would not have been possible.

David couldn’t tell you how many times he has been backwards and forwards over the last five and a half years. He has probably travelled thousands of miles if you added it all up. He should probably have retired 17 years ago, so most people are quite surprised when he is seen climbing up a scaffold!

Since the advent of Covid in March 2020, David Blair of Architects Plus UK Ltd, Carlisle, has also been involved with the restoration of the castle. David Blair and David Cowen took over the construction side of the project which included interpreting Paddy Ward's detailed designs, effectively making the designs work practically. The two David's, who have known each other for many years, are actively bringing the first phase of the restoration project to a conclusion. In addition it was eventually decided to construct a new sandstone entrance porch, which David Blair designed, and will be a very valuable asset to the future use of the Castle. The design and workmanship reflects and matches the vernacular of the existing building. David Cowen is greatly indebted to David Blair for helping to take hold of the reigns at short notice and fitting in with the team so well. 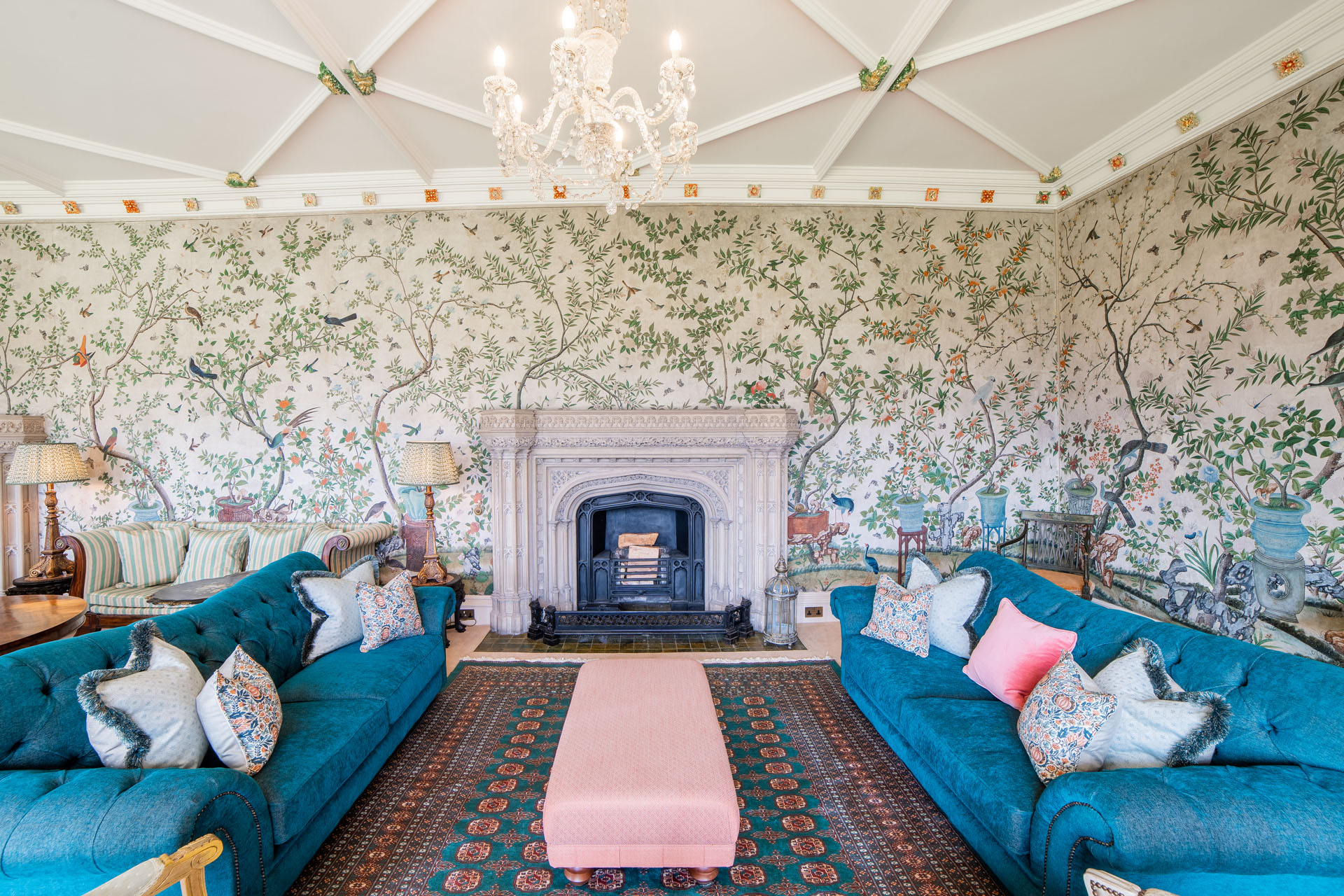 The ‘Guardian’ of Rose Castle

John describes David as the "Guardian of Rose Castle". So was David's involvement a calling of some kind?

"I do feel something sent me there", David says. "I know that sounds very supernatural but I think it was more than just because I lived in Dalston parish. I do think there's more to it."

Now the restoration of the castle is nearly complete, David feels the work has been carried out very sensitively and the castle has been beautifully restored. He reflects on what a huge team effort it has been.

At some stages in the contract there were at least 40 tradesmen working at Rose Castle. Add in the engineers, archaeologists, arboriculturalists, ecologists and conservators .... they are all part of a big team.

David hopes that the owners, John and Sarah, are thrilled with the end result. He has found it a great pleasure and privilege to be a small part of such a fantastic project, and a team whose skills have been more than tested and demonstrated. The restoration of this iconic building is of national significance.

David's involvement also extends to Rose Castle farm, which forms part of the castle estate. David and one of his sons, Timothy, are working on a project to improve the farm to enhance "the Rose Castle Experience" which will ultimately be quite unique because it will involve more horticulture, agriculture and forestry, including preserving the original farmstead buildings. 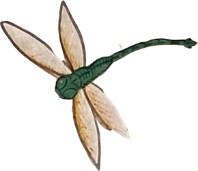 Stories you may also enjoy: